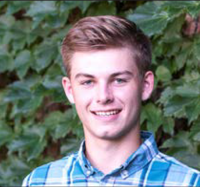 Ben McLachlan-Ben hails from a football family where his dad coached and was a member of the MSHSCA for 23 years.  Being part of a football team taught him that you must put all your effort and heart into the team and yourself in order to be successful.  Perseverance is a must have quality.  It allows you to take on things in life that aren’t easy.  Coach Kleinschmidt said that Ben demonstrated positive leadership at Albany Area Schools and is an excellent student, great role model and a super football player.  He possesses all the qualities you look for in a student-athlete!  Ben plans to attend the University of Minnesota in the cities.  Congratulations Ben for being selected to receive the MSHSCA Past Presidents Scholarship award. 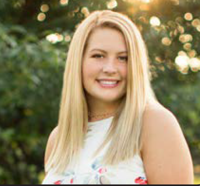 Cayden Botten-Cayden is the recipient of the Kathy Frederickson MSHSCA Scholarship Award.  Cayden played Volleyball and Basketball at Rocori High school and graduated with a 4.175 GPA.  She plans to continue her education at St. Olaf College in Northfield. Injuries derailed her games off and on throughout her high school career with a broken foot her senior year.  It was not easy, but she never quit. Sports are the most rewarding thing she said she was ever a part of. The endless memories, laughs and relationships that were made throughout the years will last a lifetime.  Cayden will continue to play Volleyball at St. Olaf next year. Her basketball coach said that though she did not suit up this year due to her injury, her presence and leadership on the bench was astounding. 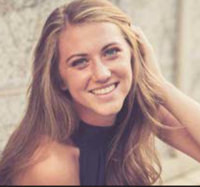 Grace Heying-Graduating from Maple Lake this year, Grace was a 3 sport athlete competing in Cross Country, Basketball and Track and Field. She was number 1 in her class with a GPA of 4.257. Sports taught her to deal with stress, frustration, patience and jubilation. TIME-sports taught her how to balance it all and to prioritize.  As an athlete you have to make good decisions on where time is spent.  She said she leaves high school with no regrets and had so much fun. One of Grace’s teachers said that for a person who excelled at academics and athletics, she was extremely humble and interacted well with her classmates and teammates. She was always there to help another person.  Grace plans to attend Minnesota State University-Moorhead. She received the MSHSCA Betsy Farsness Scholarship award. 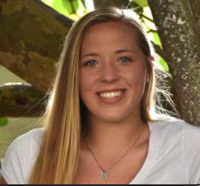 Makayla Snow-Graduated from BOLD High School this year. Makayla will head to Northern State University in Aberdeen, SD this fall and pursue a nursing degree while playing Volleyball.  While in High School, Makayla played Volleyball, Basketball and Golf. She grew up in a very competitive household starting at the top with mom and dad and filtering down to her siblings and her. Some of her most special moments were playing sports together with her sister. They shared a state championship in golf and went to state in basketball.  She said getting to do these things with a sibling is such a special thing.  She also attributes her success to her second family, her teammates. Makayla received the Balfour Scholarship Award which was awarded to the MSHSCA at their National Convention in California this past winter. 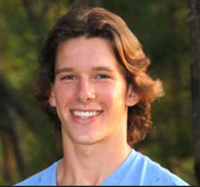 Colton Baumgarten-Plans to attend St. Scholastica in Duluth this fall after graduating from Rocori High school this year. Colton was a three sport athlete competing in Football, Hockey and Track. Being a part of 3 of the past 4 football state tournaments and most recently winning the 4A Championship defeating SMB was unbelievable!  Going up against great players each series was a true test of our team and we stuck together.  “The journey to this championship and the experiences along the way with my teammates are memories I will never forget.” Colton plans to continue his sports career in college where he will play football and major in pre-medicine. His Hockey coach Jack Freeman said in all his years of teaching and coaching, “I have never met a finer young man than Colton. He is a winner in every sense of the word”. Colton was awarded the MSHSCA the Howard Emerson Scholarship award. 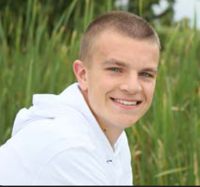 Caden Bormann-A graduate of Perham High school, Caden finished number 1 in his class with a 4.0. Caden was a runner and participated in Cross Country and Track. Whether it was a long run in 80 degree weather or mile repeats, or running in the rain-those days taught him what it means to never give up.  Sports played a role in the relationship he built with his mom.  His mom was an assistant coach for the girls basketball program.  Though playing basketball wasn’t for him he loved the game and became the manager for the girls team.  “My mom and I had many hours together and I am grateful for that and all the memories made because of basketball.” His cross country coach said that Caden’s most incredible quality is his humility and concern for others. His integrity and loyalty will make him excel and exceed at whatever he chooses to do. Caden received the Balfour Scholarship that the MSHSCA was awarded this year at their National Convention. 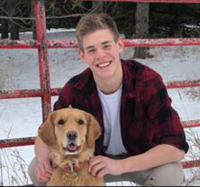 Dawson Miller-A three sport athlete in Football, basketball and baseball, Dawson graduated from ACGC (Atwater-Cosmos-Grove City) this year.  Dawson is the son of a coach.  He learned at an early age that there are many advantages to being the son of the head coach. He got to come to all the practices, hang out in the locker room, fill water bottles and participate in basketball activities with his childhood heroes. But later in life he learned that there were disadvantages too.  Things have to be earned much differently, and accomplishments are always earned with skepticism and a cloud of suspicion. Despite being one of the better players his sophomore year, it was a teammates injury that gave him his chance to prove himself.  Despite all these advantages and obstacles he became the school's all-time leading scorer.  He was also a great role model.  He is the type of player that will impact his schools programs for years to come.  Dawson was awarded the MSHSCA Steve Kerzie Scholarship Award. 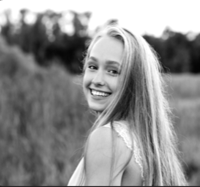 Karley Motschenbacher-Karley plans to attend MSUM in Moorhead and play basketball.  A graduate of Park Christian she participated in Volleyball, Basketball and Track. While participating in 3 sports she managed to finish 1st in her class.  Athletics has been her life.  She started weight lifting when she was just a few years old, played volleyball at a young age and when she was 11 participated in USA track and field. A ref told her during one of her last home basketball games that it was an honor to ref her all these years.  His eyes welled as he told her that she was one of the best basketball players he’d ever gotten to ref and found her to be so humble. That is a moment she said she will never forget and was grateful that she had that big of an impact on someone who only knew her from the court. Her grandparents were so supportive of her and then there was her dad who started her on her athletic journey. She said he taught me the importance of family and teammates. Karley was awarded the MSHSCA Val Teichroew Scholarship. 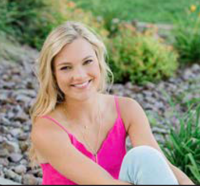 Izabella Stender-Izabella will head to St. Catherine University in St. Paul this fall and will be on the golf team.  She graduated from Lac qui Parle Valley High school and  participated in cross country and golf. Sports taught her teamwork. She said there is much more satisfaction when you can accomplish something by working together. Her dad, a principal and coach said she carried out his motto of “Nobody is better than anyone else.”  She showed this in leading by example and how she and her teammates treated other girls during competitions.  Izabella said sports taught her how to deal with disappointment when they were ranked first heading into the state tournament in golf and lost in sections.  Thou devastated, she and her teammates used it as fuel to ignite their next season going on to win the state tournament. She was hoping for a repeat this year, but we all know how that ended. She was awarded the MSHSCA Past Presidents Scholarship Award. 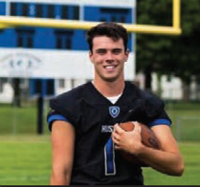 Matt Williams-Matt plans to be a Bulldog and attend the Univ. of Mn-Duluth this fall after graduating from Owatonna this year.  He comes from a long line of coaches with his grandfather coaching at John Marshall and his dad who was his coach for both football and baseball at Owatonna. Matt said he was honored to play football and baseball for his dad.  He is the most influential person in my life. A bond between a father and son is unmatched, but being able to share the experience of playing the game with him is something he wouldn’t trade for the world. Again, the outbreak of Covid-19 cut his high school sports career short and baseball his senior year was lost. But though we weren’t able to play this year, he said he can look back on the years past and be thankful for all the new people he met and the making of new friends through sports.   Matt was awarded the MSHSCA Past President's Scholarship Award. 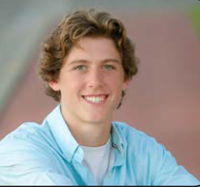 Aiden Staloch-Aiden is a graduate of Maple Lake High School where he was number one in his class and participated in football and basketball. He is also the kid of a high school coach, so sports were always part of his upbringing.  From scouting games, watching practices, games on tv, he got to see both the behind the scenes of the game and the side that fans see. He knew at an early age that sports were more than just a game and they were going to be a large part of his life. There’s that old saying that Hard work beats talent when talent doesn’t work hard. As a coach's kid, working hard was a must. More is expected of you. Though frustrating at times, he learned that they all just wanted the best for him.  Aiden’s Math teacher said what sets AIden apart from his peers is his ability to lead.  He is a natural leader that looks for the best in his teammates and will do whatever he can to help them win.  Aiden was awarded the MSHSCA Darion DeRocher Scholarship Award. 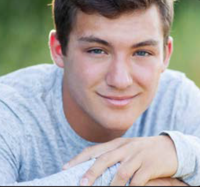 Nathan Trewick-Nathan was awarded the MSHSCA John Erickson Scholarship Award. John dedicated 18 years to supporting coaches as the MSHSCA Executive Director. Nate dedicated his life to sports and had dreamed of having a story book senior year, going to multiple state tournaments and hopefully winning one. Well, his dreams didn’t come true and he  said he felt like a failure. One day he was walking at the park with a bunch of his friends and a little kid walked by everyone and up to him and said; “I want to play catch with the Tech quarterback.” In that moment he realized sports, especially high school sports are so much more than winning and losing. It’s about the relationships you build and the people you affect. “Hopefully I have been able to impact a few people along the way.” Nathan graduated from St. Cloud Tech where he played football, basketball and tennis and will attend St. John’s University in the fall.