YOU ARE ABOUT TO WITNESS SOMETHING UNIQUE IN TRACK AND FIELD

The true team series was originated in 1987 by the State Track and Field  Coaches Association, to address the need in Track and Field for a True TEAM competition. In previous years, a team with a few elite athletes could win the “Team Championship” in a large meet.  The Coaches felt the Team Championship should be won by the best TEAM.

In True Team competition, each team is allowed 2 entries in Class 1 A and 2A (3 entries in Class 3A) in individual events and 1 entry in each relay event.  Every entry is placed and scored according to their order of finish, with the idea that a team’s second or third entry becomes just as important as their first entry.

Throughout the State, there are 8 Sections in each Class, with the Champion in each Section Advancing to the State Meet.  As of 2018, all section 2nd-5th place teams will compete in a "paper meet"  with the top four teams also advancing to the state meet as  “Wild Card” teams. The state meet will consist of 12 teams per class per gender.

Minnesota is the only State which holds True Team competition in Track & Field.  It is organized, governed, coordinated, and sponsored by the State Track & Field Coaches Association.

Why was the Minnesota True Team Championship philosophy developed? 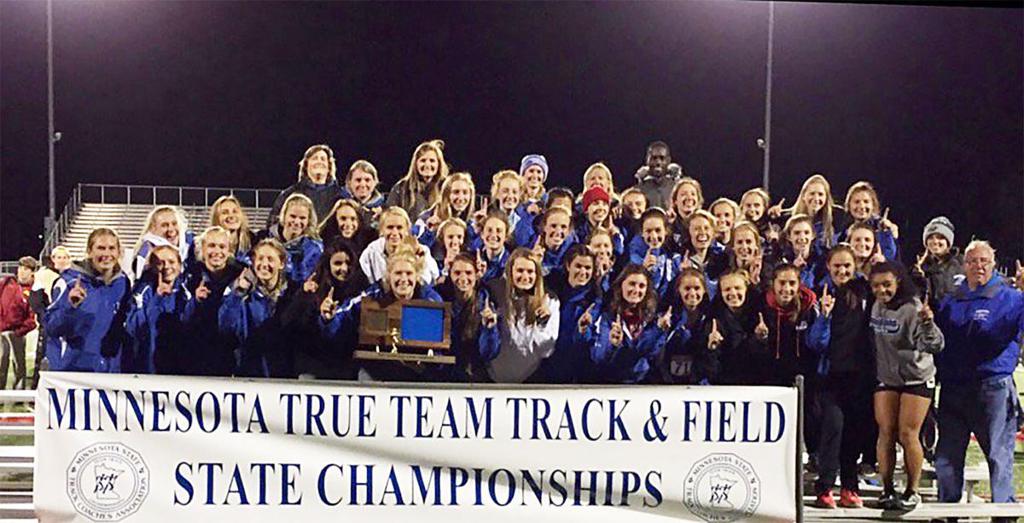 The Birth of the True Team Track & Field

The Founders of Minnesota True Team Track and Field